I thought I would share with you the magic of Aci Castello, a pretty fishing village on the Cyclops Riveria, as I experienced it on New Year’s Day. 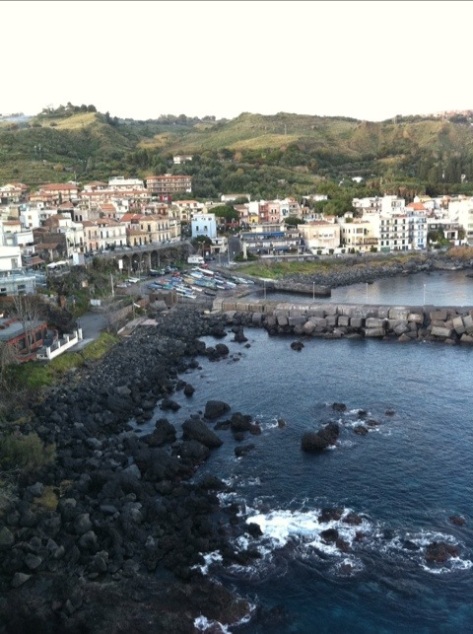 Aci Castello is a small fishing port not far from Catania on the East Coast of Sicily. The town rises over a picturesque gulf, just below a rocky cliff formed through thousands of years by the magma from undersea eruptions. Aci Castello is named after the medieval castle from where this photograph was taken. Its imposing Norman structure rises from the cliff face and stretches down to the sea. Aci Castello is famous for its rocks (I Faraglioni) which, according to the legend, Polifemo flung against the boat of the escaping Ulysses. 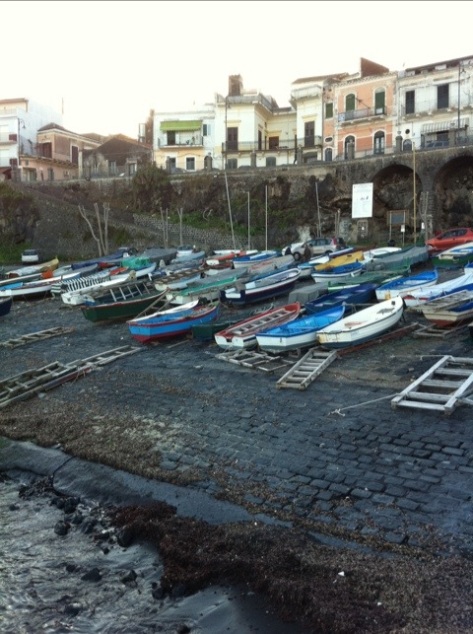 After wandering around the pretty hand painted fishing boats, I sat down beside this bronze lady in La piazzetta di Aci Castello. With the imposing medieval fortress perched behind us on a hill of lava rock I rested my eyes on the calm blue waters of the Ionian sea. 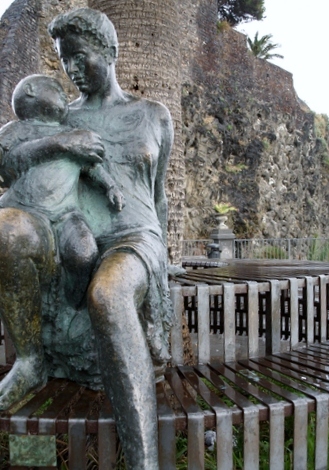 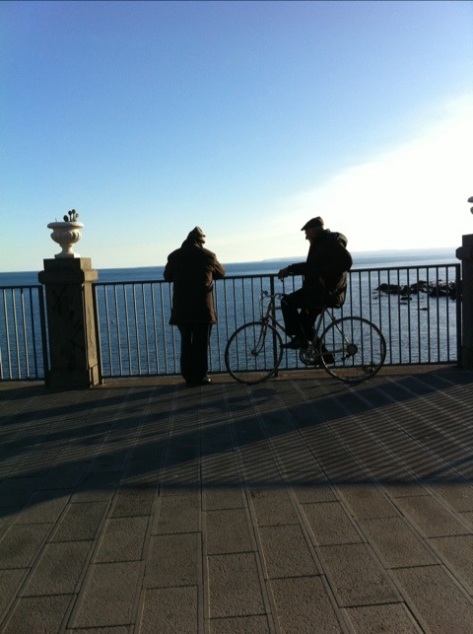 These two elderly gentlemen met and connected like old friends. They shared the same view as me for the longest time without saying a word. The breathtaking beauty of this natural reserve said it all. It’s the way it is in Aci Castello, easy as Sunday morning and in the words of Yeats ‘peace comes dropping slow.’